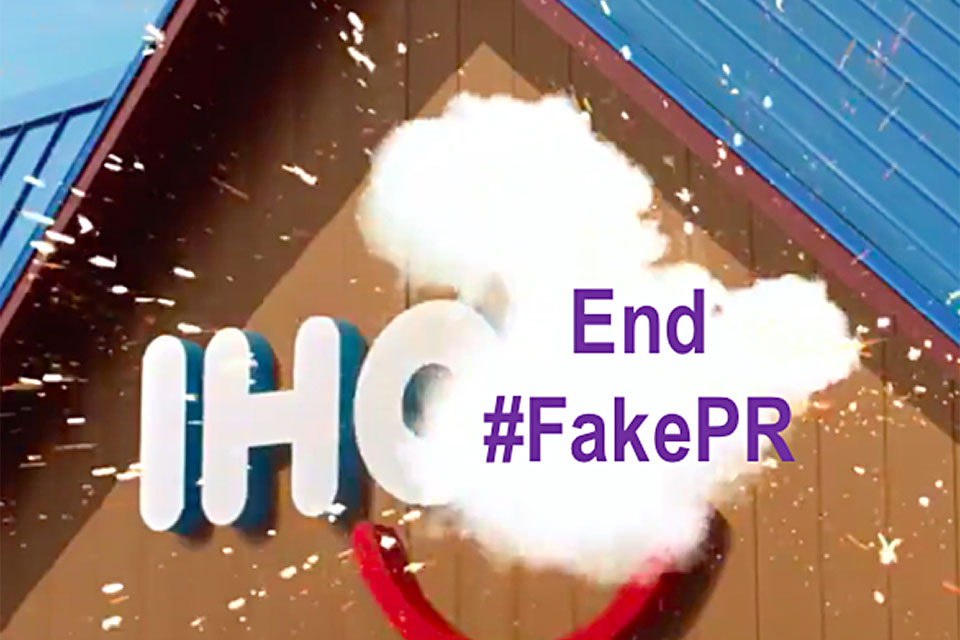 Clickbait-and-Switch: The Power and Perils of PR Ploys

Clickbait-and-Switch: The Power and Perils of PR Ploys
Author:
Insight

VP of Strategy Mikalee Byerman weighs in on the IHOP kerfuffle, lamenting what she calls the clickbait-and-switch:
a marketing tactic that employs trickery, skullduggery and other words that end in -ery to get consumers to falsely engage.

Unless you’ve been hiding under a mile-high stack of Rooty Tooty Fresh ‘N Fruities (for fear the pancake-powers-that-be were going to pry them forevermore from your cold, dead hands), you’ve heard about the PR stunt recently lobbed into the public’s consciousness by the fine marketing folks at IHOP. 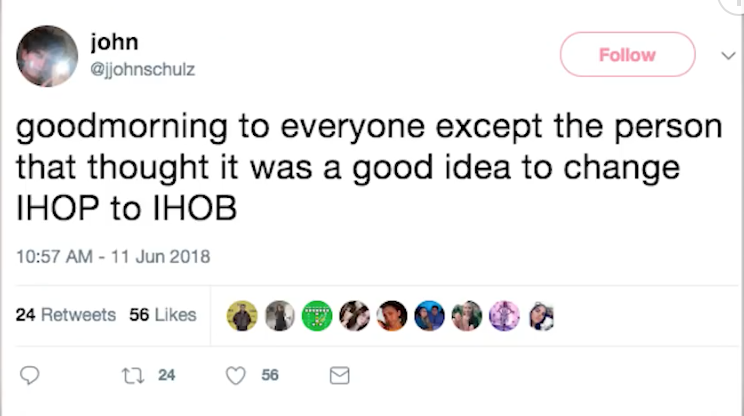 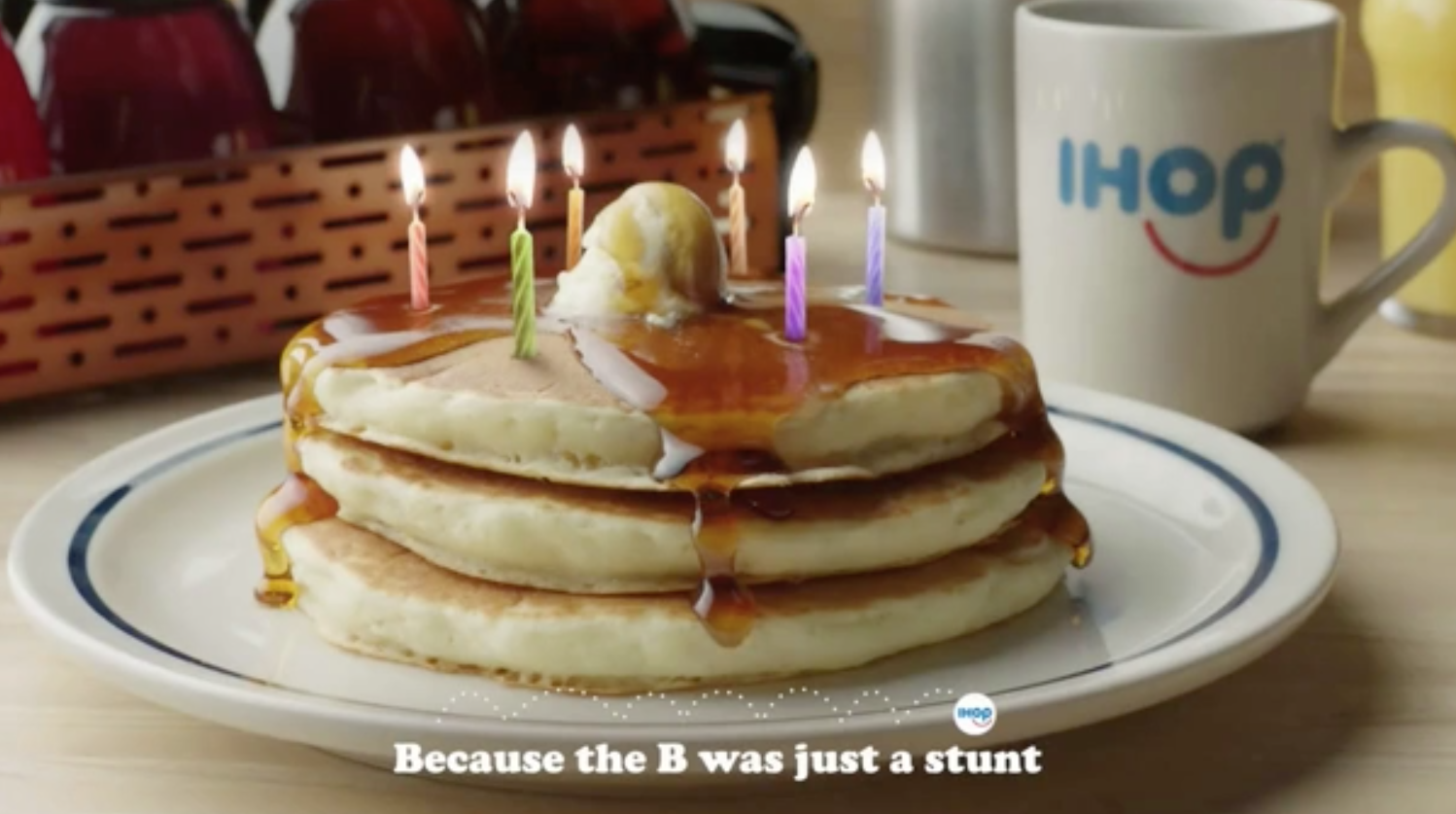 So to recap, it was, indeed, a stunt. And ICYMI, here’s the straight scoop, the smoking pancake gun, the “reveal” mea culpa straight from IHOP’s (formerly-known-as-IHOb’s) tweeting mouth:

Oh yeah, they’re totally cool, except when they FAKED IT TO PROMOTE THEIR NEW BURGERS.

In this era of #FakeNews, there’s also a new strategy afoot for marketers, it would seem, and IHOP is the latest in a string of guerilla marketers doing similar devious stuff.

It’s #FakePR. Or #FakeMarketing. Or #FakeCampaigns. And in my opinion, it’s disingenuous and harmful to the creative industry.

Because you see, “faking it” has never been something that has successfully engaged. It has never made an audience feel trusted or respected.

How do you feel when someone fakes it with you, after all? Need I even ask?

RELATED:  4 Tips to Game the New Facebook Algorithm as Told Through Gifs

Now, full disclosure: I’m a communication strategist. And I think a lot about how to connect with audiences. But to me, this is what I have come to call a “clickbait-and-switch.”

How does the classic version typically look in the retail (non-digital) world? According to this guide to bait-and-switch advertising, "Customers are 'baited' into stores with promises of a good deal. However, when they arrive, the advertised goods are not available, and businesses 'switch' to a lesser quality or more expensive alternative."

So this IHOP stunt (their word, not mine) is exactly that, except instead of price switching low to high, they’re pulling the digital wool over the eyes of their unsuspecting customers: They’re lying about something in order to get them to do the thing that is the web equivalent of price — namely, interacting with the brand.

In the advertising industry, the buzzword du jour (or du decade, I would argue) is audience engagement. In this day of oversaturation of every medium possible, combined with the intensity of niche-this and segmented-that, our goal is to earn attention for our clients’ brands — to find the right audience that needs your goods/services, to connect with those audiences, to inspire them to care about your goods/services, and ultimately to encourage them to buy.

I think there’s a key phrase missing in the paragraph above. Yes, our goal is to get attention for our clients’ brands — but here’s the key descriptor that I wholeheartedly feel is starting to be MIA: authentically.

Sure you get the initial, “Oh my holy heck, that’s MAGIC” response.

But you also get the confusion.

The “Huh. How did that happen?”

The “Did I just get played for a fool?”

And then the realization: Why yes, indeed, I AM a fool. And I was used in a giant digital chess game to distract me while their silly pawn took my queen.

The Results of 'Made You Look!'

But guess what? The clickbait-and-switch doesn't always work.

According to this AdWeek analysis, IHOP(b) may not have paid off. To wit:

Sure, the creative work from Droga5 may have sparked a crazy number of mentions for the brand (including some sick burns from Wendy’s) on social media, but location technology company Foursquare found that the stunt didn’t do much to impact foot traffic to IHOP (I’m sorry, IHOb) locations. So what happened in stores the week following IHOP’s big reveal?

Foursquare found that women actually visited the chain restaurant less in the week following the stunt, while there was only a slight bump in the number of men who went in for burgers (or pancakes, who knows).

Overall, foot traffic was pretty flat in that week. The brand saw a 4.6 percent increase in visits from male customers in the days following the burger announcement, but there was a 2.2 percent decrease in the number of female customers visiting the chain. The company is able to measure foot traffic of its own app users as well as users of partner apps.

But some agencies have gone the other direction — one even scribing a flirty-eyed, kissy-faced blog post titled “A Lesson in Viral Marketing from IHOP” where they trace the three steps of “How to go viral” according to this stellar IHOP/b model: build anticipation, reveal, keep up the momentum.

Now I can hear you all lamenting this plight with me, but also being pissed off that I’m giving this stunt/ploy/gimmick/gotcha! any more attention than it has already earned. Because I’m here just fanning the flames, bringing more attention to the International House of Bullshit, right?

But in this case, I hope you’ll agree that the ends justify the means. Because I do NOT fall into the camp that believes “all publicity is good publicity.” We need to call out these overt manipulations, aka the clickbait-and-switch. We need to reject the advertising goal to engage at any cost. We need to adopt a sort of marketing version of the Hippocratic Oath — one that, like the medical version, includes words like “respect,” “judgment,” and “warmth, sympathy and understanding.”

Sure, we can be like Droga5, the agency that I’m sure sits around on beanbag chairs in their sparse open-floorplan co-working spaces drinking LeCroix and crafting creative ways to dupe unsuspecting audiences.

But I believe in this silly thing called respect.

(Oh, and hey: While researching this blog, I also found that this same agency created fake companies in an ad campaign for MailChimp, with each #FakeCompany website redirecting to their actual client in another classic example of a clickbait-and-switch. Calling card much, Droga5?)

Yes, my goal as a communication strategist is to engage audiences. But I aim to do so authentically — giving them something in return, whether that’s a tangible or emotional payoff. (And for anyone arguing this pancake ploy had an emotional payoff in the form of humor, I would counter that “Haha, made you look!” stopped being funny at about the same time I stopped using Clearasil.)

I feel strongly that when you employ tactics like the IHOP/b clickbait-and-switch, you might see a bump; but it’s not worth the backlash.

Now they’re just like the little boy who cried “Wolf!” — or “Burger!” in this case. Only there was never a wolf or a burger worth noting — just the same pancakes as always.

Now excuse me, because I’m off to In ‘N Out. Because suddenly, I find myself craving a legit burger — with a heaping helping of authenticity on the side.

Mikalee Byerman is the Vice President of Strategy for the Estipona Group, a humor writer and a former fan of the International Passport Breakfast at IHOP. She holds a master's degree in journalism and is a certified Go Fish Ninja. She may have made that last fact up. Contact her here. Agency News
Stay Sane at Work with These 6 Email Hacks