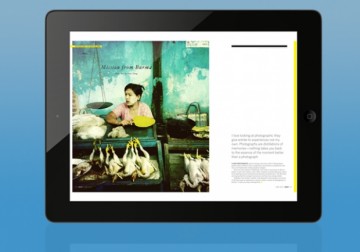 The future of print will be written in pixels

The future of print will be written in pixels
Author:
Paige Galeoto
Insight Over the last few years we have seen a dramatic drop in advertising in print media. While demographics shows that an older population still favors a printed product over a computer screen, the trend is for corporations to allocate more and more of their marketing budget to online outlets.

So what will happen to print? Let’s just say it will be getting an overdue facelift over the next five years. The biggest change will be to the physical form. Starting this year, tablet devices will start to take hold. Consumers have already shown interest in this style device over the last couple years in the form of the Kindle, e-Book, the Nook and others. While these devices have been primarily used to push digital books, they will now evolve to push every form of printed communication.

So who will be the major player in tablet communications? While many will vie for the top spot, I believe there will be one stand out–Apple. If you know me, you know I’m a bit biased when it comes to Apple. The reality, however, is that they already have the infrastructure to pull this off. They have one of the largest, if not the largest e-commerce store with 75 million accounts with credit cards registered to them. They are the largest music retailer in the US, accounting for 25% of music sales. In addition, their app store sold 99.4% of the apps sold online in 2009. So when you think about subscriptions to magazines or newspaper, why couldn’t they achieve the same thing over the next five years? They already have revolutionized the music industry and the phone industry, so why not print?

The static print format will be gone. Through digital print we will have the ability to add video and sound. This goes for both content and advertising. For example, Sports Illustrated showed a sample digital magazine and in it the reader was able to read the article on their favorite player, as well as watch video relating to the player and tweet their favorite player all from the one article.

On the advertising side, not only will we be able to add video and music, but we will be able to create more interactive ads. For example we can do a promotion that would allow a user to shake the device much the way it’s done on an iPhone app to find out what they won. So instead of everybody getting the same deal it might be that the first 30 customers who access the ad may get 50% off where as the others may have to settle for 10%. That would certainly incentivize the consumer.

As advertisers it has been very hard for us to monitor whether our print ads are working or not. All we have are human tabulated ways to account for an ads exposure. We ask our customers how they heard of us. Sometimes they get it right, but often times they don’t remember or remember incorrrectly. Was it the radio? The tv? Or the newspaper? As a culture we get our information from various multimedia sources in a given day. Keeping track of where we heard things is the last thing on our minds.

With print moving to digital, we no longer need to ask our customers where they saw us. We will receive access to analytics that will give us instant feedback if our ads are working or not. They will give us more information on consumer habits and behavior allowing us to make better advertising decisions.

Currently it is cost prohibitive for local advertisers to buy advertising in large national publications. It really is overkill if you only want to capture a small market. By moving to a digital format, national publications will be able to offer local rates easily. They won’t incur additional print costs to customize their publication regionally or locally and they will have a more niche reach for their advertisers. A good example of this may be that one of the local sports books may want to promote to a male demographic. They could choose to advertise in Sports Illustrated and still have it be cost effective to reach men in Reno-Sparks.

To better attract local advertisers national publications will also be able to localize content. Just as it is easy to change advertising, the same can be said about content. Using the same Sports Illustrated example, we would be able to get content on a local topic like the Wolf Pack.

In much the same way that the Apple app store has made it easy for individual programmers to sell apps in the Apple store, digital print will make it easier for people to create their own publications. Creating a publication from scratch is most often cost prohibitive due to printing, distribution and production costs. If a majority of those costs are eliminated, we would see more small, specialized publications develop. Writers would be able to drop their content in a page layout friendly program and the system would distribute to subscribers.

Obviously cost will be the biggest change. By reducing at least half or more than half of the cost to create a publication, print can be a viable business again. Over the last few years we have seen many layoffs and shutdowns in the print industry. Content has suffered and in many ways we as a consumers have lost our voice. By eliminating hard production cost, versus human production cost, I believe we will see a reversal of this trend. Print will be viable again and we should see more publications develop.

Some may argue that the digital tablet will kill print. This was the same argument some people made in the early 60s about tv destroying radio. Yet today, we still have both. And both have evolved dramatically from their initial form. Print will never go away, but like the other media it must evolve. In this evolution, it will create change and opportunities for everyone. Insight
Estipona Group tested TikTok so you don’t have to