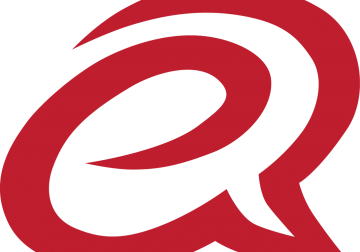 The Estipona Group, a Reno-based advertising and communications agency, is announcing that it is not making an announcement announcing a new brand. “Nope. Same brand. We’re just taking this opportunity to not announce it again, since we’ve been in soft launch phase of the non-rebrand for more than a year now,” said Edward Estipona, president. “So far, more than a year in, it’s going really well.”

This is not the first time the agency, which has been in existence for more than two decades, has embraced its under-the-radar approach. And this is by design: Boasting a virtual platform, the Estipona Group has no flashy office space or shiny conference room with a buffed-and-polished table and comfy leather chairs.

Instead, its employees are found in restaurants, client offices, on soccer fields and in their own home offices, toiling away on behalf of their clients.

“It’s hard to have an open house when your company’s ‘home office’ is literally an office in your own home,” Estipona said, adding that the non-rebranding non-announcement did in fact inspire an open house.

But not in a house.

“We don’t spend our clients’ money on swanky office space. Instead, we invest in insanely smart people and innovative technology. And occasionally, a party.”

Estipona Group celebrated its non-rebrand non-announcement at Pignic Pub and Patio, with clients, vendors and colleagues visibly awaiting an announcement. Alas, as promised, none was made.

“Our virtual business model is thriving,” Estipona said. “In fact, my guess is many of our clients don’t even realize we don’t have an office.”

“Wait. We don’t have an office?” asked social media/PR coordinator Jamal Barghouti, who has been with Estipona Group since June. “I just assumed we all really liked patronizing local coffee shops.”

While this non-announcement announcement is not announcing a new brand, the company did recently update its logo.

“It came to our attention that our old logo may have resembled the logo of another prominent agency in town,” Estipona said. “So instead of pitching a fit and shouting, ‘But we did ours first,’ we decided it was time to revisit the logo.”

Estipona was quick to add, “But it’s probably worth noting: We did ours first.”

The design of the new logo pays homage to a speech bubble, which relates to the storytelling philosophy at the core of Estipona Group’s client communication efforts.

He added, “Runner up was a unicorn farting rainbows.”

The Estipona Group is a Reno-based communication agency specializing in advertising, public relations, social media and all facets of audience engagement. The firm’s 22-year history includes seven years as a forward-thinking and client-friendly virtual agency, with all employees working from home offices and collective workspaces. Follow us via the links below. Agency News
While they don’t profit, our community does. Agency News
We put on black and left with gold