Help for Nevadans Who Suffer from Renting

Our client Nevada Housing Division offers a family of programs that help make homeownership possible for Nevadans. But given a change to Home Is Possible programs, we needed to shift the focus from primarily targeting mortgage lenders to speaking directly with potential buyers.

Our goal was to increase awareness of Home Is Possible with the consumer audience while staying within our monthly retainer parameters. This meant finding creative production solutions, so that we could reserve the majority of marketing funds for a targeted YouTube media buy.

But we all know YouTube — where trending videos typically include adorable cats, babies laughing uncontrollably and disgusting blind ice cream taste tests. So what could we possibly use to lure viewers away from such entertaining frivolity? We needed something better than cats, babies, and ice cream— like a parody of a pharmaceutical commercial with elephants, awkward dancing and extensive warnings.

So that’s what we did.

We used a mix of stock footage, in-house editing, a soothing voiceover and loads of excessively joyful people, including one of our very own team members exhibiting her undying love for her house (or quite possibly just one specific pillar of her house, we’re not sure — we just know that Tony the cat photobombed the shot). 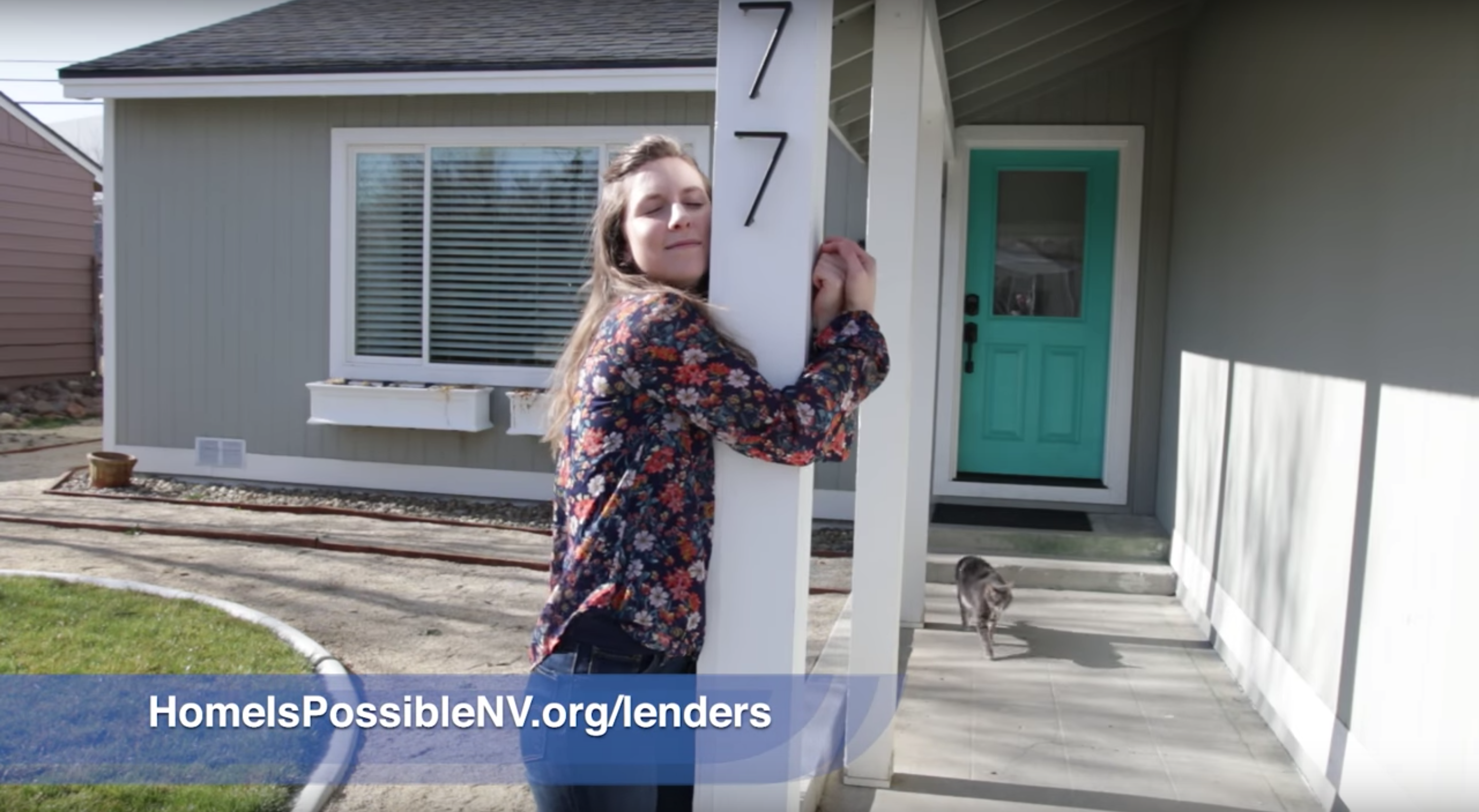 With these images, we created a one-minute pharmaceutical style ad about an affliction called “renting,” a treatment called Home Is Possible and loads of possible side effects (don’t worry: serious skin reactions, night sweats and sleep eating were NOT among those listed).

During the early stages of the campaign, we focused on homebuyers in southern Nevada. Audiences included those who were interested in DIY or home décor or had a recent life event specified as: getting married; graduating college; moving soon; or recently moved. With a budget of $20/day for one month, the ad received a total of almost 1 million impressions, 17,500+ views ($0.03 per view) and had an interaction rate of 1.84%.

The client is accomplishing its goal of increasing awareness among its target audience, and simultaneously, thousands of Nevadans who suffer from renting may soon be experiencing relief from a treatment option known as HIP. Agency Work
My Job is Probably More Fun than Yours