Jennifer Tapia is Competitive (yes, that’s an intentional capital “C”), which works out beautifully for her clients. As Estipona Group’s Media Director, Jenn plans media strategy, and she also negotiates, buys and places both traditional and digital media — all with the goal of winning for her clients.

Jenn started her marketing career as an account coordinator, but natural curiosity and a desire for more challenge drove her to production management and then media buying. During her 15-year career, she’s had a front row seat as the industry moved from traditional print and broadcast to its current focus on digital media. One of the biggest perks of this transition: data. Jenn delights in monitoring media channels, constantly analyzing, optimizing and adjusting based on what the numbers tell her. And she’s really good with numbers.

Jenn's approach to media negotiations: Get to know vendors personally, because friends become allies, and allies are good to have when you’re battling for market share. Currently responsible for media buys in about 25 markets (think Facebook, LinkedIn, Instagram, YouTube, Hulu, digital banners etc.), Jenn has turned the constant barrage of vendor pitches into a resource. She listens, takes notes and learns from every proposal, arming herself with market insight and strategy that enables her to build the best possible program for each client.

Informed by data, fueled by a challenge and armed with a quick mind, an efficient approach and a desire to know the angles better than anyone else, Jenn builds campaigns that deliver results for her clients. Her results are so impressive Facebook did a case study on one of her college enrollment campaigns in 2016 that exceeded the goal by 192%. (True story, ask her about it sometime.)

When she isn’t developing strategic media plans for her clients, Jenn loves to fish (which she excels at) and golf (at which she tries hard). Not surprisingly, she doesn’t park her competitive nature on shore. She and her husband compete in bass fishing tournaments, requiring very fast boats, safety helmets and a sixth sense for fish location. Jenn does manage to kick back just a bit at country music concerts with her tribe of girlfriends and on frequent camping trips in the Sierra Nevada with her husband, two young children and the world’s most spoiled Boston Terrier, Paco.

What Has Quarantine Given You?
07.29.20
Mikalee Byerman

We know, we know — you expect the sarcastic, slightly scoff-y response from us to the question in the headline. But I was immediately shot down by my positivity-focused colleagues when I initially
Read article
Smoke-Free Makes Sense — for Our Region’s Brand, and for Our Lives
07.29.20
Edward Estipona 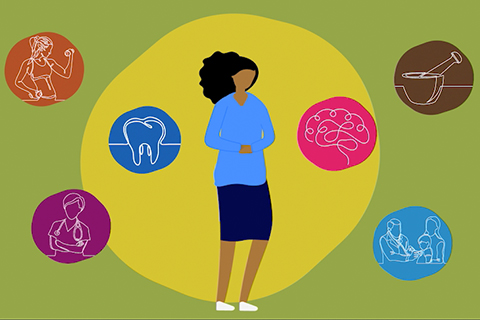 Hold one moment please: Our team and client are currently performing an obnoxious happy dance around our respective home offices. OK, we’re back. Thanks for waiting.
Read article
END_OF_DOCUMENT_TOKEN_TO_BE_REPLACED